The European premiere of “Black Panther: Wakanda Forever” – the long-awaited sequel to the three-Oscar-winning (and nominated for a total of seven, including “Best Picture”) Marvel’s box office hit “Black Panther” (2018) took place on November 3 in London.

The incredible opportunity to touch the unique atmosphere of the event was also given to Vanja Jaferovic, who was among the special guests of the premiere and thanks to his experience as a football player, became part of the global initiative Wakanda United. The initiative, which was inspired by the upcoming FIFA World Cup in Qatar, emphasizes the universal language and unifying power of sports and brings together different cultures and communities, winging the next generations, like “Wakanda Forever”. 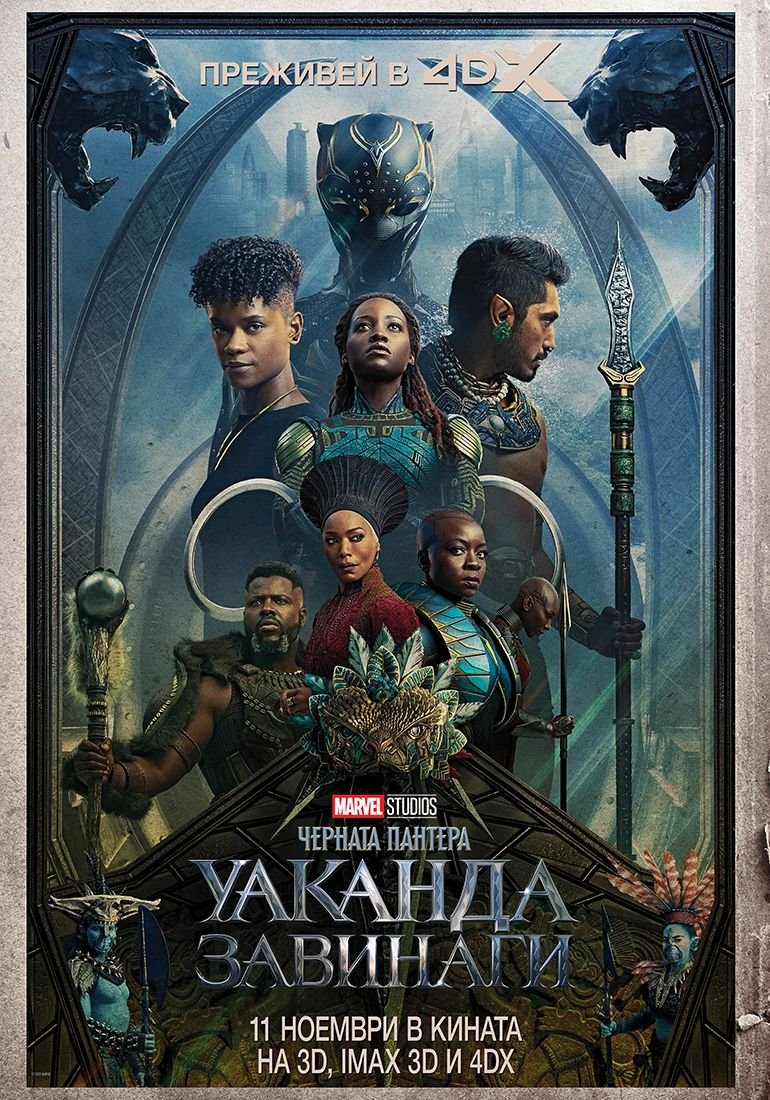 In Black Panther: Wakanda Forever Queen Ramonda, Shuri, M’Baku, Okoye and the Dora Milage warriors fight to protect their nation from the intervention of world powers after the death of King T’Challa. As the people of Wakanda try to accept the changes that have occurred in their country, the heroes must unite with the help of Nakia and Everett Ross and forge a new path for Wakanda, facing a formidable new adversary – the king of the hidden underwater nation of Atlantis , Namor.

“Black Panther: Wakanda” will forever impress and excite us from November 11 only in cinemas in 3D, IMAX 3D and 4DX, and the most impatient will be able to watch the film from November 10 in selected cinemas. Tickets are on sale.

They called it “plagiarism”, but James Cameron drew “Avatar” back in 1976.