It will go down in history that the Gypsy King won the fight by TKO in the 10th round following a decision of the match referee, but the truth is that Chisora ​​did not win a single round and was like a punching bag in the ring at Tottenham Stadium.

At no point was Derek able to trouble the division champion. Fury, who was briefly “retired”, had definitely lost some speed in his game, but turned the spectacle into a workout in front of Oleksandr Usyk.

How did the fight Tyson Fury – Derek Chisora ​​develop?

Chisora ​​started the match very aggressively, but Fury immediately countered with his hooks, hitting his opponent hard as he tried to head under the champion’s guard. It got to the point where Fury even held Chisora ​​in one of his attacks to prevent the British veteran from being knocked down – a brilliant round for the champion.

Chisora ​​started more active again after the break and was able to land an uppercut to Fury’s head, but Tyson immediately started an attack with straight shots that put Derek back in defensive mode. At the end of the round, another cannonade of Fury almost ended the match, but Tyson himself twice stopped hitting him – as if he did not want to end the match!

Fury this time did not allow Chisora ​​to attack at all, as from the first second he began to force him with hooks and uppercuts. Leaning on the ropes, Chisora ​​swayed several times but never fell. And in this round, however, the battle did not end.

Chisora ​​”showed his teeth” in this part, landing two uppercuts on Fury to start the round. However, Fury did not flinch and methodically continued to impose on his opponent and took this round as well.

In the 5th part, Fury turned his guard, which surprised his opponent – as Usyk did several times against Anthony Joshua. With 1:39 left, he scored two straights and a hook, but Del Boy stayed on his feet again. With a right hook and a straight left, Chisora ​​was rocked again, but with the help of the ropes he stayed on his feet. 20 seconds before the end, Fury sent Chisora ​​into the corner with a straight kick, but Derek immediately resorted to a clinch and withstood the attacks until the end.

Chisora ​​tried to be more active in this round, but didn’t land a single headbutt on his opponent. Fury decided to take a short “break” and wasn’t as active, but took the round again with a bunch of uppercuts.

Chisora ​​took a sneaky approach in this round, entering the clinch several times and hitting Fury illegally in the head. This unnerved the Gypsy King, who quickly regained the advantage with a few straight jabs.

After a weak by Fury standards round #7, the next part was more active than the champion. He initially started actions in the head of Chisora, scoring several series of 2-3 shots – Del Boy, however, remained on his feet. Derek countered with a couple of uppercuts to the body of Fury, who countered with straights to the head of his opponent – the best exchange of the match so far. With a minute and 30 to go, Fury picked up the pace and pushed Chisora ​​into the corner, but Derek survived again. After a right hook, Chisora ​​wobbled, but the gong sounded and the match continued.

With clinch after clinch, Chisora ​​tried to take a breather against his opponent, with Fury seeming to have no problem with this way of developing the round. He was, of course, more active, throwing a new round of straight punches and hooks.

Chisora ​​barely got off the chair, with the referee considering stopping the bout due to Fury’s barrage that almost completely closed Del Boy’s right eye. At the end of the round, the referee saw enough and ended the fight with a TKO.

BEFORE THE BATTLE FURY – CHISORA

One of the two world champions in boxing Heavyweight Tyson Fury comes out tonight to defend his WBC title against a well-known name – Derek Chisora. Fury and Chisora ​​have already faced each other twice in an official fight in the ring – in 2011 and in 2014, and both times the victory went to the Gypsy King.

Chisora ​​advanced to a match with Fury after defeating Pulev

The experienced Chisora ​​made it to a world title match after snapping a three-game losing streak by defeating the top-ranked Bulgarian in the pros Kubrat Pulev. Chisora ​​defeated Pulev in the summer of 2022 in a very even 12-round fight that ended in a split decision in favor of the Briton. 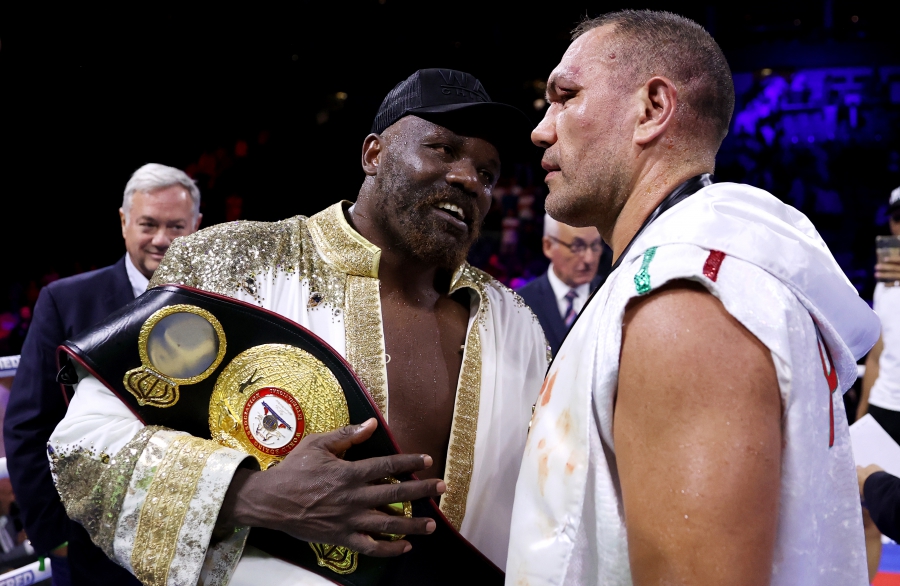 Chisora ​​with one more win than Fury in the ring

The success against Pulev gave Chisora ​​his 33rd win in the pro ring, but the Brit also has 12 losses. Tyson Fury’s victories are one less – 32, but the Gypsy King still has no loss. He has achieved 23 of his victories by knockout, with one draw – in his first fight against Deontay Wilder. Fury won the WBC championship belt just against Wilder, and then defended it against both the American and Dillian Whyte.

Fury got away with matches against Usyk and Joshua

Tyson Fury’s desire was to face the holder of the remaining heavyweight championship belts Oleksandr Usyk, but the Ukrainian refused to fight him as soon as the Gypsy King wanted. Fury then offered to fight Anthony Joshua, but talks between the two camps broke down despite both sides wanting the fight to go ahead.

In the end, Tyson Fury settled on a match against Chisora, whom he knows very well. Fury’s staff admitted that if Derek Chisora ​​had turned down the fight, Kubrat Pulev would have been next on the Gypsy King’s list. The Cobra hasn’t faced Fury in his career, but has two world title fights in the division – both losses (against Wladimir Klitschko and Anthony Joshua).

MORE ABOUT THE FURY – CHISORA MATCH

What the scales showed before Fury – Chisora

Usyk said “yes” to Fury – waiting for an answer! 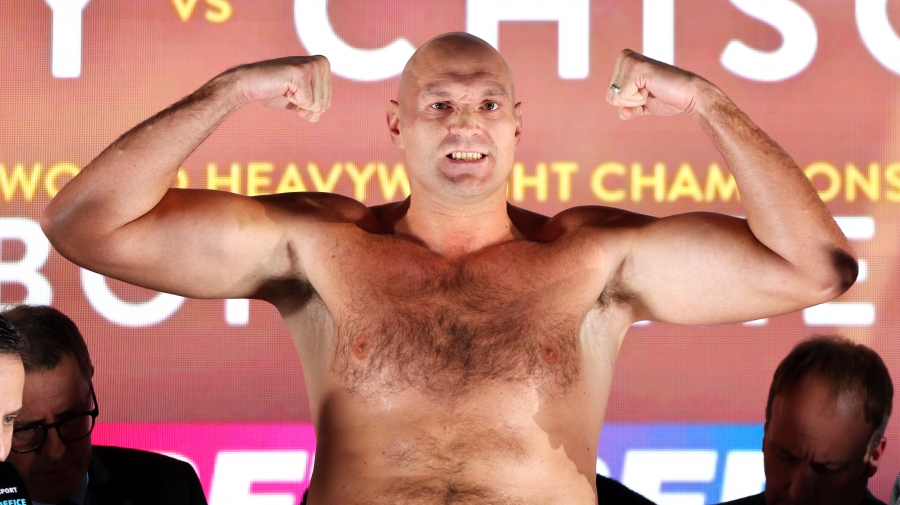 ‘Clap if you hate the Queen!’: Why Elizabeth II’s death divided Glasgow

Hamilton: The yellow flag prevented me from fighting for a place on the front row

What gives you the right to sue me, my husband, or anyone at Red Bull?

It cannot be good for my heart to take such risks. Monza has six turns, here there are 23!