To be perfectly honest, ever since the whimsical profession of influencer emerged, most social media users, whether famous or not, who have moved their lives almost entirely into the virtual space, have gone to great lengths to pass themselves off as such. To do this, they share photos more or less every ten minutes, with which they visually show and explain in detail each step they take during the day, keeping their profiles active.

Of course, their desire is, in this absurd and annoying way, to generate as much interest in themselves as possible in others, securing more followers, the common feature between which is probably the iron nerves, with the help of which they manage to look at the innumerable footage revealing their “exciting and extraordinary” experiences… Such as the market at the nearby grocery store or working out at the gym clearly fall into the “Must Document and Publish” category.

Unlike all the obsessed lovers of communication platforms, who have put their lives on display, turning it into a kind of reality show, Dimitar Rachkov’s partner prefers to keep hers away from the prying eyes that populate the Internet. Since the beginning of their relationship with the comedian, Anita Dimitrova rarely uploads footage to her accounts, but when she does, she invariably causes a stir among her fans, waiting to find out where she has been and what she has been doing in the period when she was not online.

Lately, the blonde has been checking in on her accounts about once, or twice a month at most, just enough to brush off the dust before returning to reality, enjoying her lover’s company instead of keeping an eye on the screen, frantically counting the likes of his posts. For example, recently she decided to visit Instagram for a short time, just to upload a few images from her current vacation, with which to mark the already ending summer, before returning back to it.

In them, the playmate is on the beach, down on her knees on the hot sand next to the waves, showing off her tantalizing figure in a black cut-out two-piece swimsuit that reveals her skin tattoos. Completing her look, she opted for a long-sleeved shirt in the same color, which she left unbuttoned, allowing it to drape over her bare shoulders, as did the season’s must-have knit bombshell, sitting atop her hair in a casual ponytail free-falling strands caught by the wind. Her go-to accessories are several bracelets adorning both her wrists and ankles, along with an earring glistening on her navel in the sunlight.

The post, titled ‘Stay salty’, quickly garnered loads of likes as well as comments full of compliments on her look. 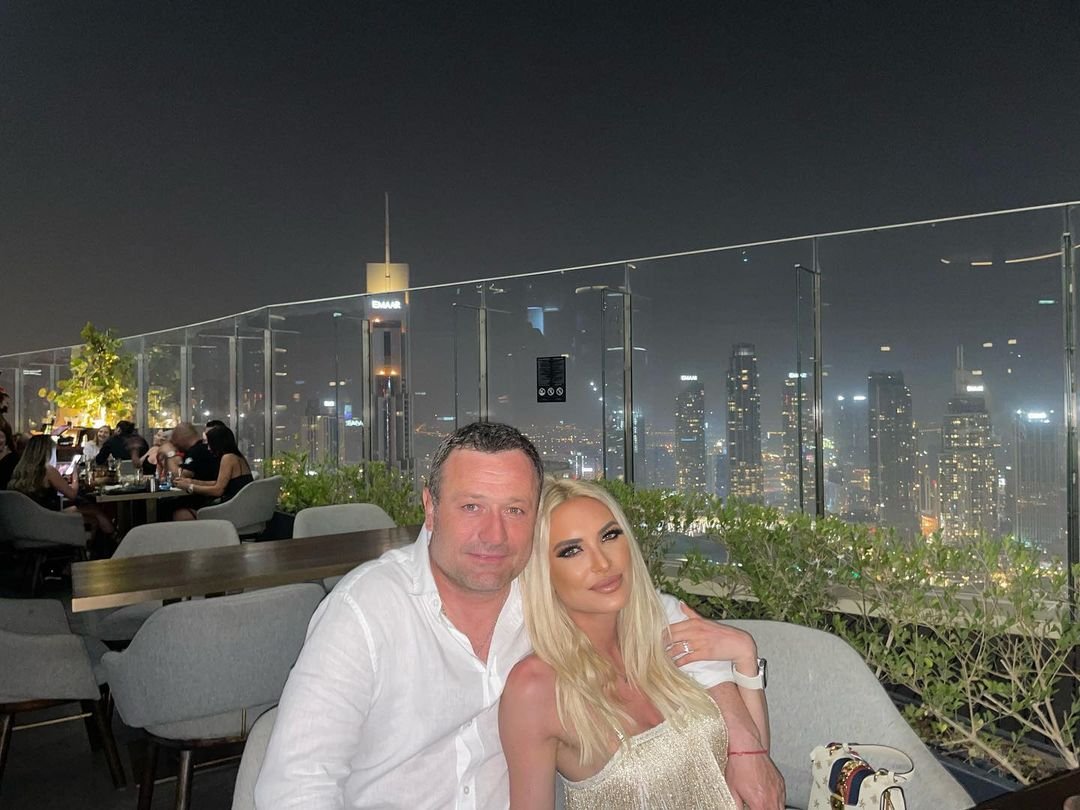 At the beginning of his romance with Anita Dimitrova, the number one priority for the host of “Rachkov’s Forbidden Show” was discretion. Defending the inviolability of his personal space, he tried to keep his relationship with her a secret, but this turned out to be a real mission impossible for him, given the popularity he enjoyed. That’s why at some point, after numerous media in our country had already smelled that the two were together, the actor decided to make a kind of confession about his relationship with a woman 27 years younger than him. He did it during his performance at “Arena Armeets”, before it turned into a TV show.

However, for months Rachkov refused to publish joint photos with his beloved in virtual space, skillfully avoiding attention directed outside the boundaries of his professional plan. But things slowly began to change and he gradually began to reveal his feelings for the lady who stole his heart.