The head coach of Levski Stanimir Stoilov gave an interview to “Gong” after the rematch with Hamrun Spartans, in which he took stock of what happened at the “Georgi Asparuhov” stadium, commented the protest filed before UEFA and the postponed matches of the “blues” in the First League.

“Levski should in no way have been eliminated after winning the first match with Hamrun. We brought sadness and grief to our supporters, which hurts me the most. I don’t want them to have negative emotions, but football is an unpredictable miracle. The analysis is very difficult after such a match”he began.

“Both matches did not suggest that Levski had problems in his game actions on the field, did not suggest that he would lose. Levski was the more active team, the better. We made one or two mistakes in the attack phase and one or two mistakes in phase defense in both games. They shouldn’t have been allowed. Maybe fate tells you that you’ve come this far after such an unfortunate relegation and something needs to change to move forward. It’s clear in the game action that there’s room for improvement, especially in the closing phase, and let’s not allow individual actions in defense. It’s hard to see and attend such two matches and end up being eliminated. I’m mostly sorry for our fans, who we only want to bring joy and pleasure to football”.

“Lately, we play more for a result because of the importance of each match to qualify for the European tournaments, to win the Bulgarian Cup, to continue in Europe, than to develop our playing style. So far, the team has managed to withstand the pressure and the expectations, which both I and the people have. That it collapsed was a football misfortune, not at all pleasant for us Levskis. It wouldn’t hurt me so much if the opponent was better. For me, in both games Levski was the better football team . We need to look for our problems, fix them and Levski to move forward. I said that in football no one can promise results. I have promised work. Maybe fate turned its back on us that day. Levski showed great unity during these 8-9 months. It’s the best win and it needs to continue with double strength right now.”Stoilov hopes and then states:

“In the last 10 years, in terms of achievements and performance, Levski has been turned into a Maltese team. Either we were relegated immediately or we didn’t qualify at all. The fact that after my arrival people saw new “blue” tales is good, because Levski was stable at the field. Hamrun made a very good impression on me when I first watched them after the win over PAOK. They are a scientific, combinational team who know what they want on the pitch. They don’t have the class of PAOK, but they are a team that is well trained to play combinational football. I say, and whether people believe my words is a separate matter. I am not one of those people who lie. We have to bear our cross after we are relegated”.

“This Levski team was created with minimal financial resources compared to the other leading teams in Bulgaria. This should not sound like an excuse, but as a strict financial discipline because of the debts and the stupid things that have been done in the last 10 years. Now we have to to swallow the negativity, losses and some not-so-loud transfers and results, so that we can fix all the nonsense that was created on Levski’s back. Only then can we go the way of the rich.”continued the coach of the 26-time champions and then motivated the club’s desire to replay the match with Hamrun:

“We sports people have lost the battle on the field. If the club can do a replay of the match, it will be a chance for us to correct our mistake. What I see is a violation of football fair play because the Hamrun player is actively involved in the goal. There are people , to judge. If we are given a chance, we will try to win. However, I have already accepted the purely sporting defeat. I congratulated my colleagues from Hamrun for the victory.”

At the end of his interview, Stanimir Stoilov apologized to the Bulgarian teams for the inconvenience caused by the postponement of matches in the First League:

“We wanted to do the best from a psychological point of view for the team so that we could get there first. We are sorry for the inconvenience we caused our opponents. We are now giving them the opportunity with the BFS to choose the most convenient dates for them to we will play these matches. We will comply with their wishes. It is not a problem to play in two or three days”. 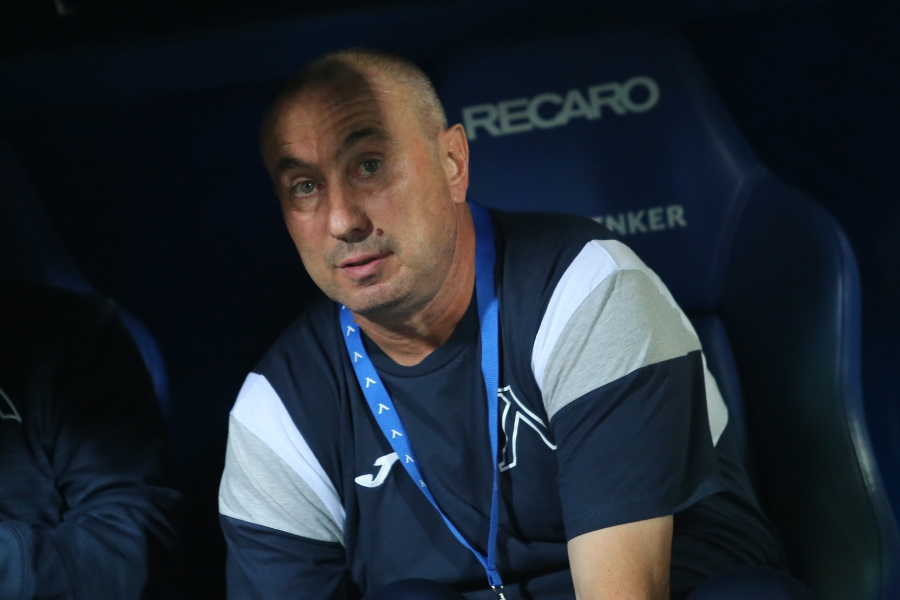 “I swear on my children! I tried to kill Gary Neville”

30 years later, the feud between Michael Jordan and one of his greatest rivals is still as fierce