She is among the rising stars of the Hollywood firmament, but already boasts iconic roles – she transformed into a James Bond girl in the latest film “Death Can Wait” and took on the role of popular culture icon Marilyn Monroe in the production of “Blonde “, which premiered at this year’s Venice Film Festival. Streaming platform Netflix plans to release the film on September 28.

She is Ana de Armas, who from her native Cuba passed through Spain and reached the Mecca of cinema, determined to fulfill the American dream. And she succeeded, even though she didn’t know English when she arrived in the US, as the actress says.

Her new film “Blonde”, recreating the public and private life of Hollywood icon Marilyn Monroe, caused huge interest in Venice, and according to “Variety” magazine, the standing ovation after its premiere lasted for 14 minutes. The production, the work of director Andrew Dominique, is a new reading of Marilyn Monroe’s life, combining fiction and fact. The director is convinced that he has created a “masterpiece” and is adamant that he will shoot Ana de Armas (34) in the A-team of Hollywood.

From Cuba through Spain to Hollywood

The actress began attending theater school in her native Cuba, captivated by the magic of the films she watched on television. She was only 14 years old at the time, but her talent quickly became apparent and two years later she got a role in her first film – the drama “Rose of France” directed by Manuel Gutiérrez Aragon. He starred in two more productions, and when he turned 18, he decided that he wanted to build a career outside of the island and went to Spain with his grandparents. Madrid is the first stop on Ana de Armas’ road to Hollywood.

The talented young woman was chosen to star in the teenage series El Internado, which made her famous in Spain as well. The series became a big hit in the country, and the young actress enjoyed interest from producers and directors Ana de Armas participated in several Spanish productions, and after the end of filming the romantic comedy “A Handful of Kisses” in 2014, she decided to try her luck in the United States.

With her eyes set on Hollywood, the Cuban steps on American soil, but with almost no knowledge of the English language. She enrolled in an intensive course and was forced to phonetically learn the lines for her first English-language roles. 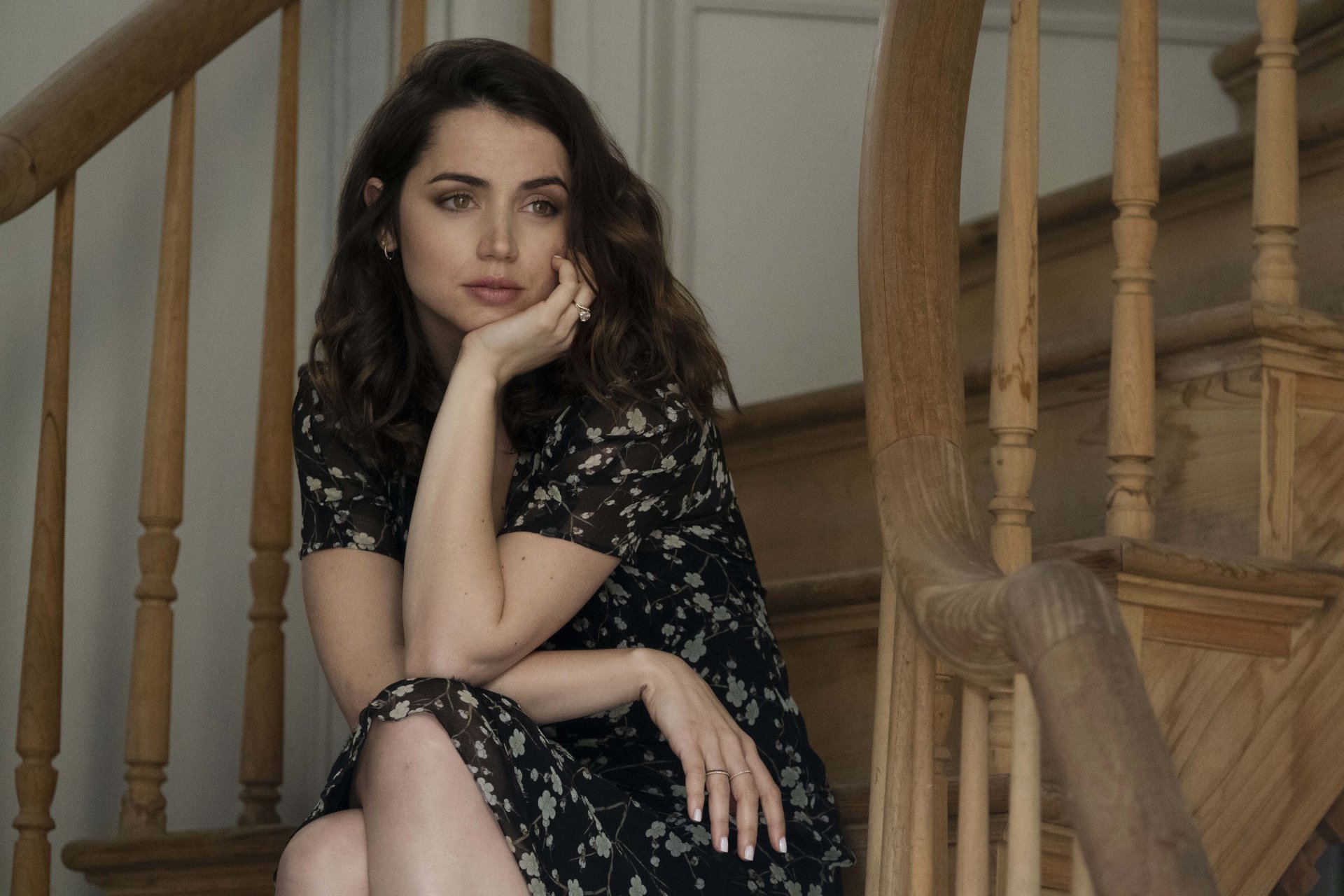 Already on her debut in the Mecca of cinema, Ana de Armas falls for the star Keanu Reeves. The two co-star in the 2015 psychological thriller Knock Knock, a remake of 1977’s Game of Death. The Cuban meets Reeves for the second time on set in the production Exposed.

Ana de Armas, however, attracted attention with her role as the wife of the famous Panamanian boxer Roberto Duran in the film “Fists of Stone”, following his life story.

A powerful boost to De Armas’ Hollywood career was her participation in Denis Villeneuve’s Blade Runner 2049, which also stars Harrison Ford and Ryan Gosling. This was followed by roles in the crime drama “The Informant” and the spy thriller “Operation Hornet”, which also starred Penelope Cruz. Both movies are from 2019. 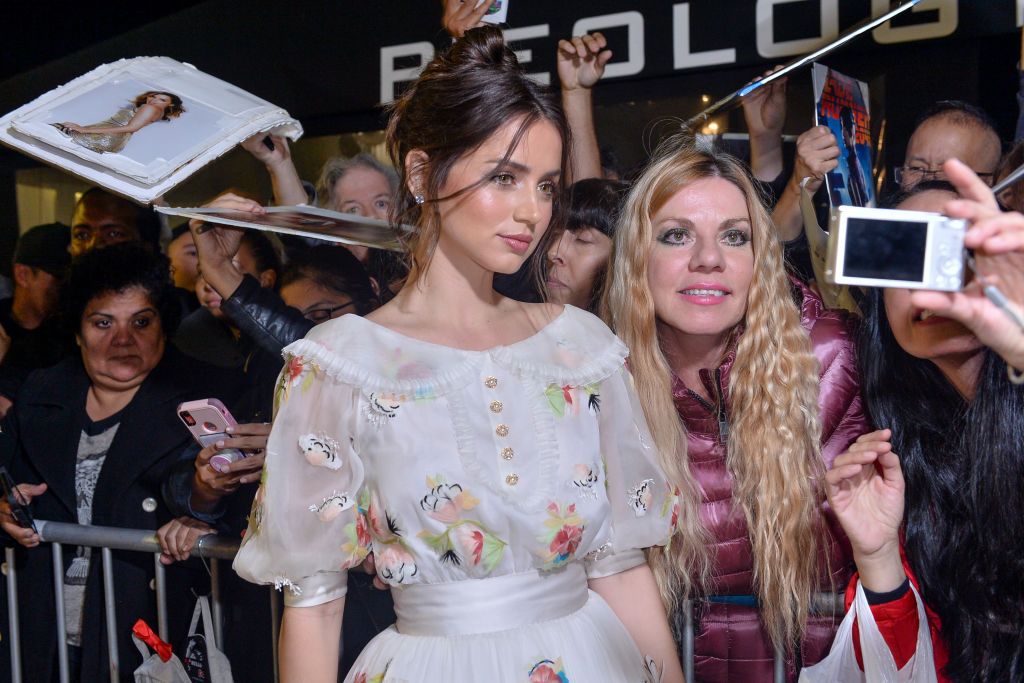 On the set of “Pull Out the Knives” Ana de Armas meets actor Daniel Craig. With great hesitation, she accepted to participate, as she initially did not like the image of the heroine Marta, which she was offered to play. Her decision turned out to be correct – for her role in “Wadi Knives” she was nominated for the Golden Globe Award in 2019 in the category of Best Actress in a Motion Picture Comedy or Musical.

Having risen to the top of Hollywood fame, De Armas is offered to join the team of James Bond girls. She stars as CIA agent Paloma in the latest film in the Death Can Wait series. It is said that the Cuban was personally recommended by Daniel Craig, who plays Agent 007. Ana de Armas herself admits that she did not consider herself beautiful enough to play a Bond girl. “For years, they’ve been portraying a certain type of woman. I associate them with some kind of perfection and standards of beauty beyond normal. All criteria I don’t meet. I was shocked when the director called me and said, ‘The character hasn’t been created yet, but we want you. for the role”, says the actress in an interview with the website American Way. 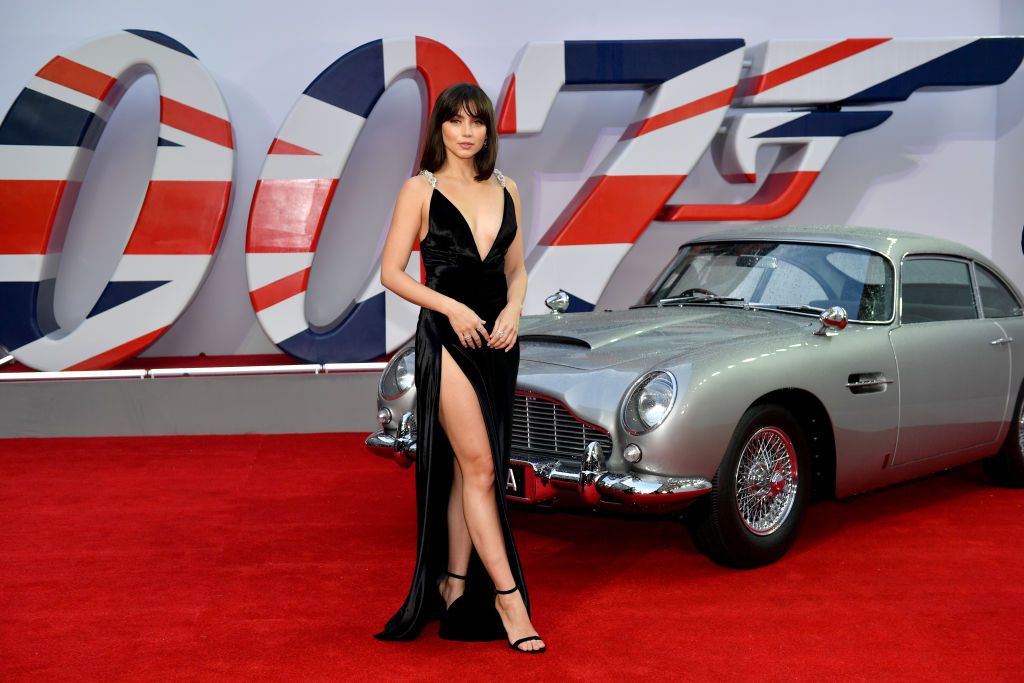 After her role in Death Can Wait, Ana de Armas was chosen to recreate the life and tragic end of Hollywood icon Marilyn Monroe, who died at the age of 36. The creators of “Blonde” allow themselves certain narrative liberties, with special emphasis in the film being placed on Monroe’s relationships with her husbands and lovers.

A few days ago, Ana de Armas received significant recognition for her rising career – she was awarded the “New Hollywood” award at the American Film Festival in the French city of Deauville. Jury chairman Arnaud Depleschen praised the actress’ ability to “embrace” many different roles. The New Hollywood Award honors the “talent, passion and commitment of actors in the path of creativity.”

The personal life of the Cuban actress is also stormy. Her romance with Ben Affleck lasted about two years, with the two announcing their separation early last year. While they were together, they starred in the thriller Deep Water. Ana de Armas told “El” magazine that the media attention accompanying their relationship was “terrible” and even contributed to her leaving Los Angeles. The actress currently lives in New York and is happy with Tinder VP Paul Boukadakis, with whom they are believed to have been together since June 2021, but do not publicize their relationship. 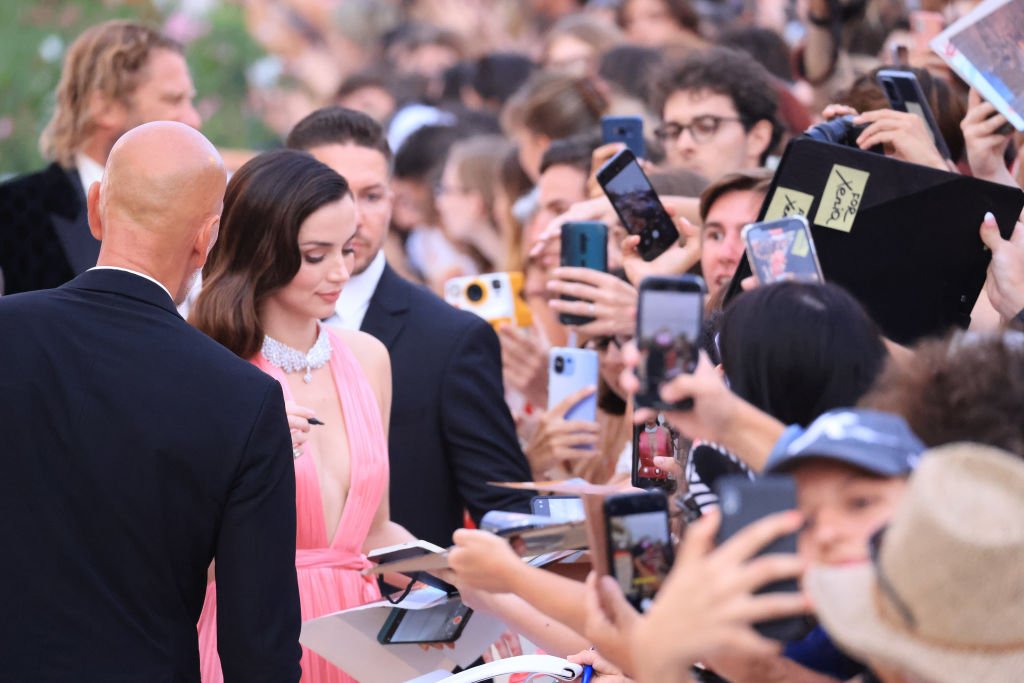 Does Brad Pitt have a new wife?