“No Novak, no tennis!” concluded the media in Serbia after the US decision to not allow Djokovic into the country to participate in the US Open became official.

The final Grand Slam of the year will be without Nole, who is a three-time champion in New York.

“Just what a year?” – writes “Danas”. – Tennis executives will probably count it one day as the most shameful.

In both Australia and the US, loopholes could be found when it comes to the best tennis player in the world.”

Djokovic did not play at the Australian open, where he would also have been a favorite for the trophy, as well as in New York.

And two titles at those two events would make it 23 for him in Slams, one more than Rafa Nadal. 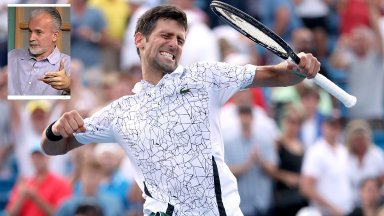 The Spaniard will play in the States and it is possible to increase his advance at the top in this race of the greatest not only of our time.

At the same time, the American media is quite positive and openly approving of the fact that Djokovic will not be on the court for the US Open.

And the organizers came out with a fairly clear and emotionless message on the subject.

“Novak is a great champion and it’s an unfortunate coincidence that he won’t be playing in the tournament,” said US Open spokeswoman Stacy Alastair. “He can’t enter the country because of vaccination rules for non-US citizens.

We expect him in New York for the tournament in 2023.”