Nick Kyrgios’ legal troubles are mounting, with a domestic violence case from his ex-girlfriend now looming as a legal battle with a female fan.

It is about the Polish Anna Palus, whom Nick Kyrgios insulted during the Wimbledon final, which he lost to Novak Djokovic.

Then, during the third set, Nick Kyrgios got into another argument with someone in the stands. He received a warning from the chair umpire, then complained that there was a woman in the stands who looked like she had had 700 drinks.

“It distracts me when I’m serving. It’s the Wimbledon final, and she’s drunk. Just dump her, I can show you her, she looks like she’s had 700 drinks. Talks to me during points, happens every time”were the words of the tennis player.

After the requests of Kyrgios, the fan in question was taken out by security and did not see the end of the final, which is why she will now seek her rights in court. 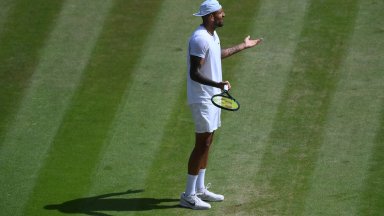 “After much consideration, I decided that I have no other alternative but to seek my rights in court. This is the way to clear my name from the accusations of Mr. Kyrgios,” said the Polish woman.

Even if he loses this case, the damage to Kyrgios will be financial. However, the situation in his home country is far more troubling, where his ex-girlfriend is suing him for domestic violence.

The tennis star did not appear in court today, and if he is found guilty, he could face an effective sentence of up to two years behind bars.